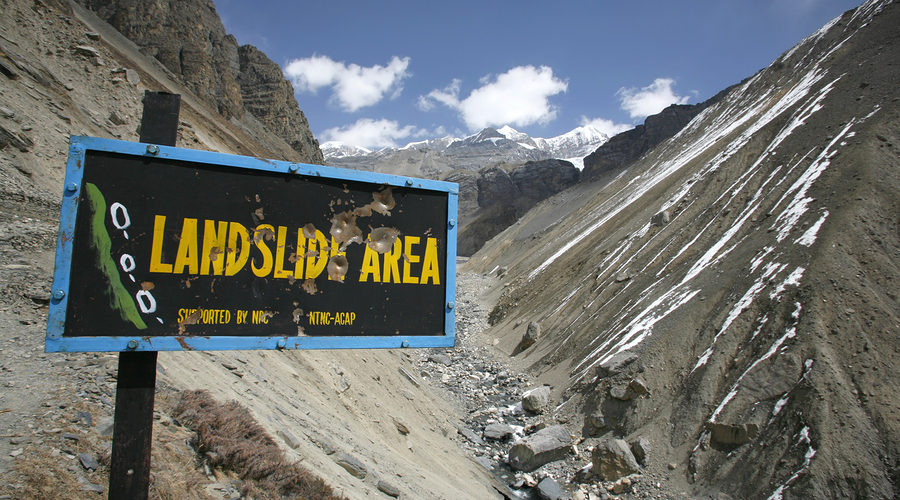 Homeowners Insurance typically doesn’t cover landslides or mudslides.  That’s because both are considered a form of “earth movement”, and like an earthquake or sinkhole, this perils are typically excluded from a standard homeowners insurance policy.   Flood policies don’t typically cover damage from mudslides or landslides either.  That’s why, depending on your exposure, it’s important to consider the risk of loss – and consider purchasing Mudslide Insurance for Homeowners.


The difference between a landslide and mudslide  – is a landslide occurs when masses of rock and earth move down a slope.  Mudslides are common fast type of moving landslide that tend to move in channels.  Landslides are caused by disturbances in the natural stability of a slope.  They can accompany heavy rains or follow droughts, earthquakes or volcanic eruptions.  Mudslides occur when water rapidly accumulates in the ground and results in a surge or water-saturated rock, earth and debris.  Heavy rainfall can cause mud-flow and a river of mud – again it can be due to gradual erosion or an accumulation of water.  Mudslides typically travel 10 miles per hour but can exceed 35 miles per hour.

Like everything in insurance policies terms and definitions are important, because some things may or may not be covered.

It’s up to the buyer to be aware of what is covered as well as their risk to perils – like Mudslide.

The states that are considered most vulnerable to Mudslide are Washington, Oregon, California, Alaska, and Hawaii.

In the United States, it has be estimated that between $2B and $4B per year is lost due to landslides.  That’s a large exposure, and for an individual if your home or property is your largest asset – I would’t want to have any exposure to my largest asset.


As mentioned above the typical Homeowners policy normally doesn’t cover Mudslides, landslides, or earthquake.  however, you can buy what is know as a “Difference in Conditions” policy (which typically offers all in one coverage for landslides, mud-flows, earthquakes, and floods).

A DIC policy is a type of policy that provides expanded coverage for some perils not covered by standard insurance policies.  This policy is designed to fill in gaps in insurance coverage and is most frequency used by larger organizations, looking for protection from catastrophes.  But in this case, it can also be used for personal insurance.

Depending on where you live you can calculate the probability of a landslide or mudslide, maps are online, but also look at your terrain, flood potential, etc.

then estimate the probability of the damage to your home (based upon various sizes of event), there are severity models online but look at the value of your property and replacement value of home.

then subtract your deductible from that value, and divide by the expected occurrence period (how often you expect to have a mudslide).

Compare that value to your Insurance premium/quote.

Many people assume it is not worth the money.

I would argue it’s worth the time to calculate the expected value of every purchase, especially one that you have risk associated.  You might find after an event that the loss didn’t exceed the deductible, in that example, it’s important to not view the purchase as a waste.