What insurance is the Federal government looking to take on next….

What insurance is the Federal government looking to take on next?

Since the implementation of the Affordable Care Act many people are watchful, anxious, and scared about the negative impact of a federal government run insurance program.

Now the federal government has its eyes on another insurance system ….Workers compensation. 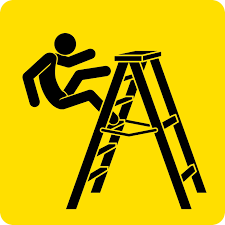 Workers compensation is a form of insurance providing wage reimbursement and medical benefits to employees injured in the course of employment.

The proposal may have negative impacts on business and job growth for businesses both small and large alike.  If increased costs are pushed to employers for hiring- we might experience a workforce reduction or at least slower job growth.

Workers compensation is a state based system for a number of reasons but it’s success has to do with the fact it is not a federal program.  Different inflation, unemployment, wage growth, medical trend by state has allowed the system to become flexible for private markets and residual markets responsible as a market of last resort.

The federal government study claims Workers Comp related costs are being pushed into other government systems.  That the current system needs to the studied to determine “Whether to increase the federal role in oversight of workers’ compensation programs, including the appointment of a new National Commission”.   See the study here.

The history of the Workers Comp system in the U.S. spans over 100 years: from the late 19th and early in the 20th century, when occupational injuries and fatalities grew in frequency to crisis proportions; to the period of growing attention to workplace safety, the 1970 passage of the OSHA act and the creation of the National Commission on State Workmen’s Compensation Laws that set out consensus recommendations for an adequate system of compensation.

From the outset, workers’ compensation represented a political compromise, worked out in each state legislature in the face of aggressive lobbying by employers, insurance carriers, unions and others.


Under the compromises that were worked out – sometimes referred to as “The Grand Bargain” – covered workers were to receive fair, no-fault and universal (though limited in amount) benefits; in exchange, employers were broadly shielded from tort liability for workplace injuries and deaths.

Workers gave up their right to sue; employers gave up the right to refuse to compensate their employees injured on the job. This basic compromise ultimately had broad political support from industry, labor and progressive political groups.