An industry known for conservative and historic traditions, is under attack, as one of its major hubs (Bermuda) has been threatened from the leading Democratic candidate – Hillary Clinton.  This attack may cost votes. As reported by Business Insurance, Hillary Clinton recently announced in her tax proposal, ending the “Bermuda Tax loophole”.
Politics aside, it is the benefits of this tax policy that allows foreign capital to come to the US through countries like Bermuda and diversifies the risk.  Should all of the US risks be insured by US companies we would lose the diversification benefits associated and large economic and natural disasters could all be borne by the US economy.  See our discussion around the Inherent Good of Insurance.

Some critics of this attack, claim it is Clinton’s domestic insurance donors that are supporting this protectionist policy.  In an environment were we are looking to grow the economy and still not at full employment or inflation target, we don’t need government policies limiting our ability to transfer risk and grow businesses.

The current tax policy helps attract capital, as well as maintains lower costs to consumers.  In an environment where loss costs are increasing, health care costs are increasing, severity is rising and decreasing margins for Bermuda based (re)insurers, there is only so much left in an Insurance dollar that an insurer or reinsurer can they approach their respective cost of capital.  Many Bermuda based insurance companies write business with combined ratios just below 100 in good years and well above in bad catastrophe years.

So why pressure the industry even further? 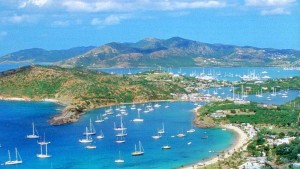 However, there are some new entrants into the market that have been called into question the intent of their interest in reinsurance.  According to Bloomberg, “Ordinarily, hedge fund investors pay either the 39.6 percent rate for ordinary income on their profits or the 20 percent long-term capital gains rate, depending on how frequently securities are traded.. If they put money into a Bermuda-based reinsurer and have it invested in the hedge funds, any profits go to the reinsurer, which doesn’t owe tax on them. That allows the investors to defer taxes until they sell their stake in the reinsurer. Meanwhile, the money grows tax-free and the savings add up. Investing $100 million in a hedge fund that returns 10 percent annually for five years and paying the top marginal ordinary income rate on profits results in an after-tax gain of $50 million. If a Bermuda reinsurer holds the same investment, the gain is $77 million.”

As with any industry there can be players that stretch the letter of the law, but to attack “active” law abiding Bermuda insurance companies could be a costly proposal to consumers and businesses.  Any increases in tax related costs will be passed onto consumers, small businesses, and other stakeholders.

The consumer will ultimately vote with their dollars who will survive in this competitive insurance landscape, but limiting options is essentially creating bigger and bigger domestic insurance companies that are “Too big to fail” and not helping our US economy.