Drunk Driving vs. High Driving: Implications On Your Insurance 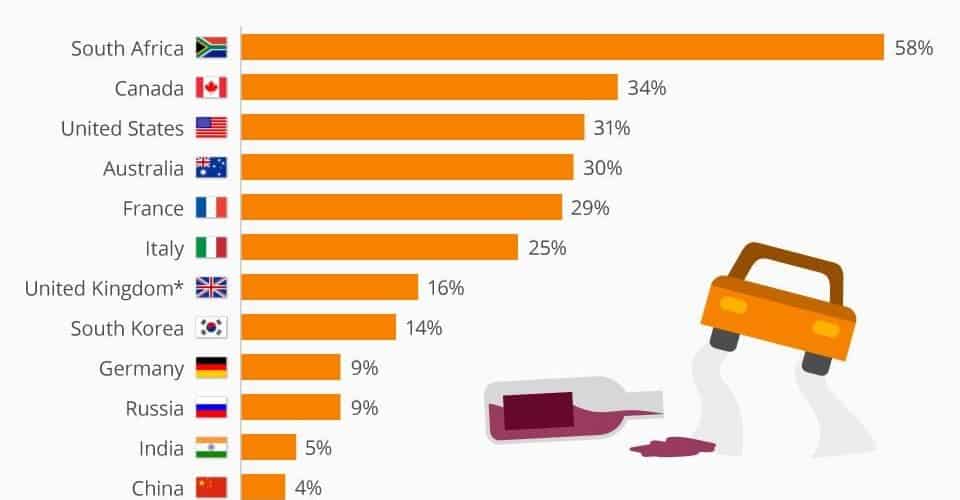 Drunk Driving vs. High Driving: Implications On Your Insurance:

Drunk driving (DUI) is still one of the most common causes of car accidents all over Canada and the US. Likewise, Driving While Intoxicated (DWI) offense is becoming more and more present on the roads. However, with marijuana becoming legal in seven US states and with Canada currently pursuing legalization of the substance, drugged driving is becoming an uprising problem.

Driving with BAC (Blood Alcohol Content) of 0.08% in Canada and the US is a criminal offense.

For DUI and DWI charges, in the US, penalties differ from state to state. Fines go up to five thousand dollars for the first conviction, loss of (or serious restrictions on) one’s driver’s license for 3-6 months possible jail time. When it comes to driving under the influence of marijuana, state of  Colorado made the law for driving with more than five nanograms of THC in the blood. For the first conviction the driver would get  nine-month license suspension, five days to one year in jail, 48-96 hours of public service and fine up to thousand dollars.

This infographic gives an illustrative comparison of laws and statistics in the US and Canada.

Driving Under the Influence (of alcohol and drugs) and Driving While Intoxicated are serious criminal offenses which can lead to an ugly stain on your criminal record and higher insurance rates. Besides getting fines that range from a hundred to thousands of dollars and a license suspension, these convictions can lead to additional fees that add up to about three times the price of the insurance.


In fact, a drunk driving charge affects the insurance rate for some time after the offense, which can last up to several years. The company will certainly look into every driver’s record before providing the insurance, while some companies can refuse the applicant with a record.

While policing efforts to catch high drivers may be different, the penalties will remain the same, including the auto insurance implications. Driving under the influence of marijuana is also considered to be a DUI offense. In the most states where cannabis has been legalized for recreational use, driving under the influence of the substance is strictly forbidden by the law. So, if a DRE (drug recognition expert) officer stops a driver and recognizes the signs of drug impairment, the driver can get a fine up to several thousand dollars, license suspension, even jail time.

However, with a DUI stain in a criminal record, drivers can experience an increase in auto insurance prices by hundreds of dollars or even rejection of a policy.