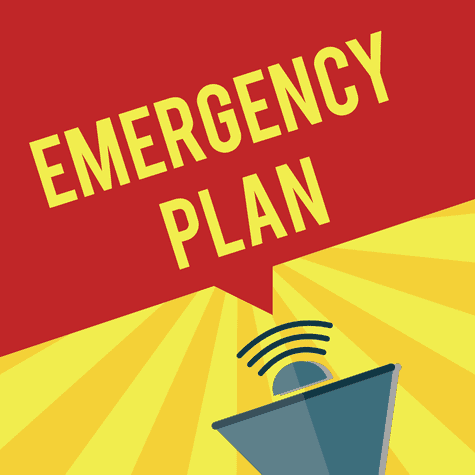 No matter where you live you could have Earthquake Risk


As mentioned in our Homeowners discussion, Earthquake is an exclusion on most standard homeowners, renters and business policies in the United States.  This coverage can be purchased in the form of an endorsement.

According to a 2015 Insurance Information Institute survey:

If you decide to purchase earthquake insurance, this insurance carries a deductible, generally in the form of a percentage rather than a dollar amount. Deductibles can range anywhere from 2 percent to 20 percent of the replacement value of the structure.  See our InsuranceShark basic deductible calculator to determine the optimal deductible for you.

This means that if it cost $250,000 to rebuild a home and there was 2 percent deductible, the buyer would be responsible for the first $5,000 dollars. Insurers in higher than average risk of earthquakes, often set minimum deductibles at around 10 percent.   Therefore, in the example above you would be required to pay $25,000.  In most cases, consumers can get higher deductibles to save money on earthquake premiums.  Please Contact Us if you need help understanding your deductible or help with an InsuranceShark advanced deductible calculator.

If you think this is only an issue for California residents, think again.  The San Andreas Fault is one of the most famous fault lines, however, there are more than 3 million earthquakes worldwide each year (most are below 4.0 magnitude).

This is a global exposure, that all homeowners, renters and business owners should be aware of their risk.  According to the III,

“The most powerful earthquake on record occurred in Chile on May 22, 1960. The magnitude 9.5 quake caused $550 million in damage, killed more than 2,000 people and injured more than 3,000. It also caused a tsunami, which caused additional destruction in Hawaii, Japan, the Philippines and the West coast of the United States.”  In regards to the United States, there is earthquake risk in the West, Central and Eastern States.

Although earthquakes cannot be prevented, science and engineering provide tools that can be used to reduce their damage. Science can now identify, with considerable accuracy, where earthquakes are likely to occur and what forces they will generate.  But unlike vehicles or personal property, most homes cannot be moved in the event of an upcoming earthquake, tornado, or hurricane.  These risks vary depending on where you live.

If you look at your individual or family net worth, a majority of it can be driven by your largest asset – your home.  We have discussed the traditional protections and risk transfer, but this is a risk we wouldn’t recommend taking.

To calculate your risk, find out the replacement cost of your home.  This is also the amount your Net worth would be impacted by an Earthquake, so probably smart to fund for it if you decide to keep the risk rather than insure it.

The benefit of insurance can be calculated by taking the replacement cost minus the deductible, would be the value of the policy.  Depending on your exposure (probability of EQ occurring) you can determine if you are over paying, under paying, and the opportunity cost using our InsuranceShark basic calculator.

We are happy to discuss it further, and if you have questions please Contact Us.